Celebrate the Holidays with the 2022-2023 Roosevelt Jazz Band
under the new direction of our inspiring Hannah Mowry! (see bio) 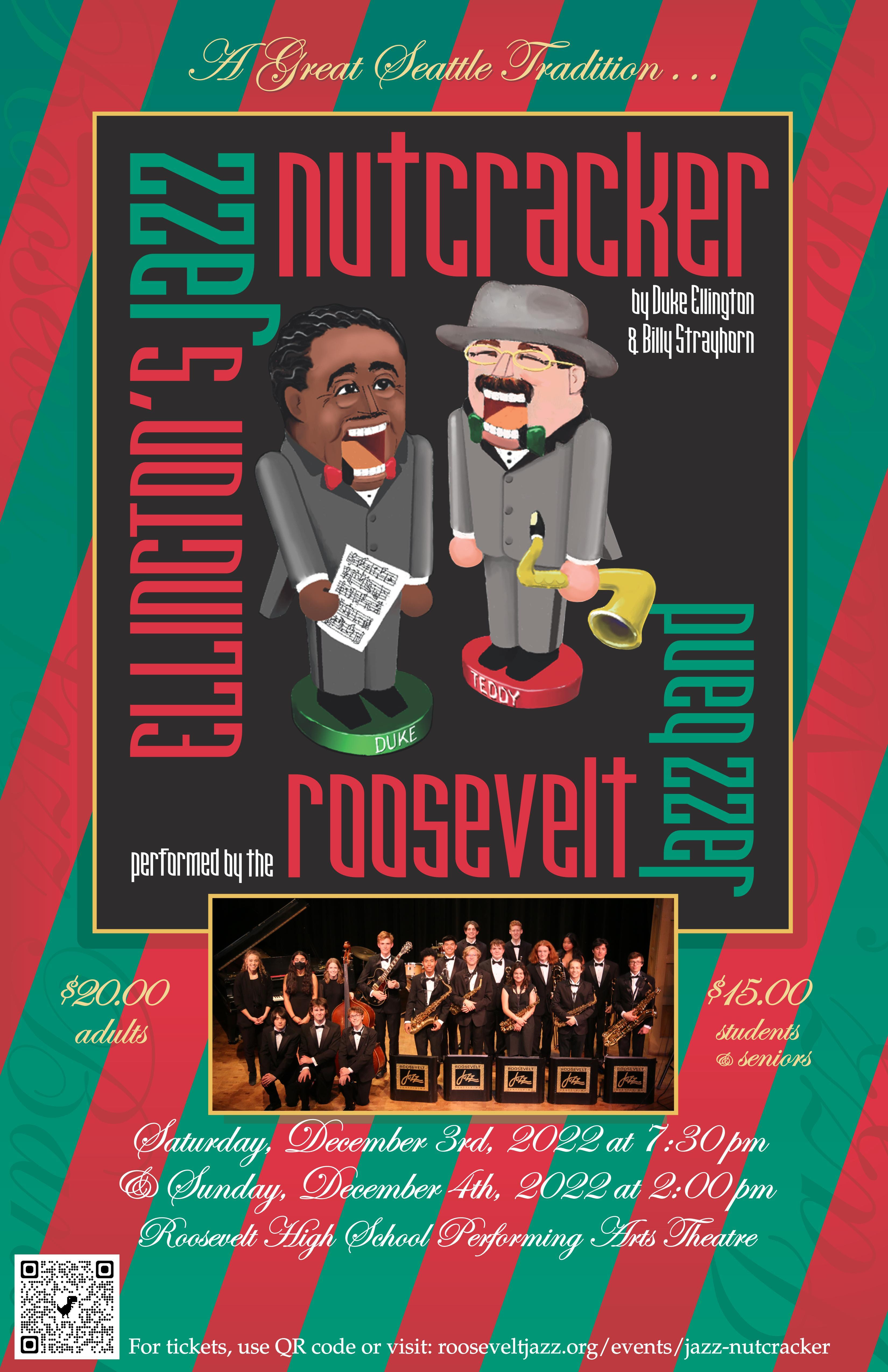 Masks are optional but highly recommended for indoor large gatherings. Safety Guidelines are subject to change, depending on current King County and Seattle Public Schools health guidance. Check rooseveltjazz.org the day of your show for the latest info.

Wow! What a show! The Roosevelt Jazz Band started off the year with their first public performance at the Earshot Jazz Festival. Opening for the renowned Count Basie Orchestra, the band, with the amazing and energetic new Director, Hannah Mowry, swung hard.

Next up, the band will be featuring the music of Duke Ellington and Billy Strayhorn in the Roosevelt Jazz tradition, “Jazz Nutcracker”. Save the date for December 3 and 4, 2022.

Just a quick update to let you all know how excited we are to welcome Hannah Mowry as Roosevelt High School’s new Band Director. She comes to us most recently from Mt. Si High School where she served as the Assistant Band Director. Here’s a bio below, and we encourage you to check back for updates later this summer! The Roosevelt Jazz Band is in New York City this week, at the House of Swing.  The festival will be online and you can cheer on Roosevelt Jazz from home!

Want to watch the livestream?

If you are interested in watching, the performances are live streamed. Here are the details:

Share this link with family and friends and cheer the kids on virtually at https://2022.jazz.org/essentially-ellington?fbclid=IwAR34orXAyr14gDXXloyudqnq-aAguFwEPYHe-kbgduxR0kGKF3oHt-cld4Q Rehearsal at the New School, Wednesday.